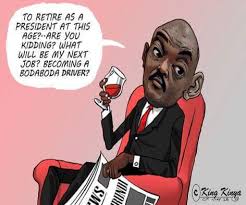 For President Pierre Nkurunriza to run for a fourth term the constitution would have to be amended. 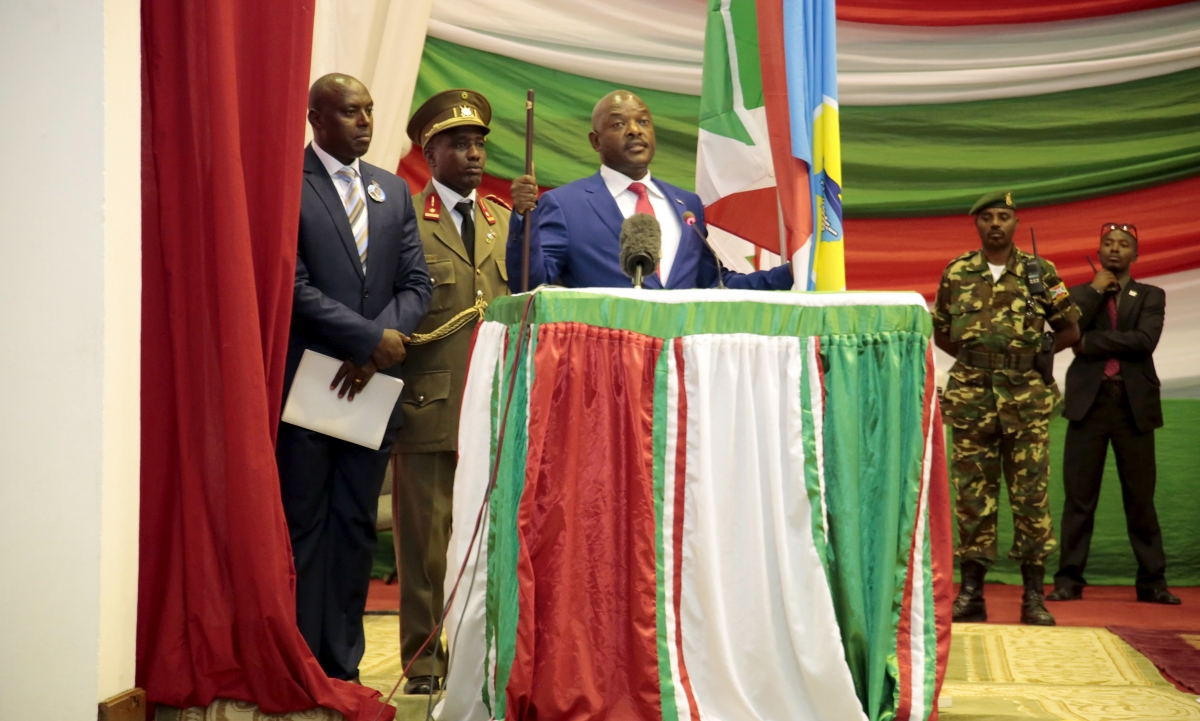 Burundi’s President Pierre Nkurunziza has said he would consider running for the presidency again in 2020 if the people asked him to or if an amendment to the constitution allows him to.

Burundi’s 18-month conflict pits supporters of Nkurunziza against those who say that his re-election in July 2015 for a third term violated the nation’s constitution.

After a failed coup, the government intensified its crackdown and most of those arrested or missing today are young men and women accused of participating in or supporting groups opposed to his rule, including armed combatants whose attacks have left dozens dead. The crisis has left thousands dead, and hundreds of thousands displaced.

At a press conference in Rutana, in southern Burundi, Nkurunziza said he may run in 2020, contrary to earlier promises, if the people insist.

“I promised I would not be candidate again in 2020, according to judicial decisions. But the people is above the Justice.”

This move, which comes as ongoing debate on presidential term limits rages across the Great Lakes region, could see him extend his rule to 20 years.

The constitution would have to be amended for the head of state to run again, for a fourth term, in four years, popular radio station Radio Publique Africaine(RPA) reported. Should the constitution be amended, Nkurunziza would become the latest African leader to roll back presidential term limits, following in the footsteps of Rwanda’s Paul Kagame, Congo-Brazzaville’s Denis Sassou N’Guesso, and Uganda’s Yoweri Museveni.

However, Nkurunziza told reporters a removal of term limits from Burundi’s constitution may come into effect after he leaves office. “If the people (chose to) amend the constitution, even if the people decides that it will come (into force) after I leave, it will be done,” he added.

On Twitter, Doriane Munezero, an adviser to the presidency noted: “Pierre Nkurunziza is surprised at the importance people give (to presidential mandates): “Leadership is more important”.”

The decision by Burundi’s constitutional court to allow President Pierre Nkurunziza to seek a third term in office in 2015 plunged the country into crisis and raised fears of civil war and genocide.

The opposition and pro-democracy groups urged Nkurunziza back down, saying his plan to stand in the presidential race violated the constitution and a peace deal that ended the 1993-2005 war between the Hutu majority and the Tutsi minority after the deaths of an estimated 300,000 people.

Nkurunziza won the July 2015 elections with almost 70% of the vote — trailed by opposition leader Agathon Rwasa who won 18.99% of the votes — to secure a third term.