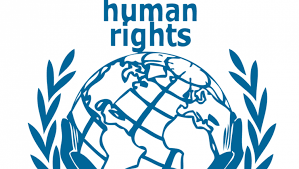 UK Statement delivered during the Enhanced Interactive Dialogue on Burundi, delivered at the Human Rights Council.

Mr President, The UK is deeply concerned by the human rights situation in Burundi. We commend the work of the UN Independent Investigation and the courage of its interviewees in bringing the contents of its report to the attention of this Council.

The evidence of systematic human rights violations against civilians in Burundi is undeniable. Reports continue to document extrajudicial killings, unlawful detentions, disappearances and horrific sexual violence. The whereabouts of journalist Jean Bigirimana, missing since his arrest in July, are still unknown. His family remain desperate for news.

The UN report establishes that these violations are being perpetrated primarily by or on behalf of the Burundian government. It lists a network of detention sites with links to the highest levels of government. Unidentified corpses are being buried with no autopsies or investigations carried out by the authorities. Meanwhile, as part of what seems to be a deliberate policy of non-co-operation, the Burundian government increasingly treats established fora such as the UN Committee Against Torture with contempt.

Mr President, these are actions of a state that is not worthy of a seat on this Council. The Burundian government must take immediate and comprehensive action to end the pattern of atrocities and fear.

We are committed to working with the region and with international partners to ensure that individuals responsible for human rights violations in Burundi are held to account.

We would therefore like to ask the panellists how they think that this Council and its mechanisms, including Special Procedures, could best follow-up to the report currently before us, working with other international actors