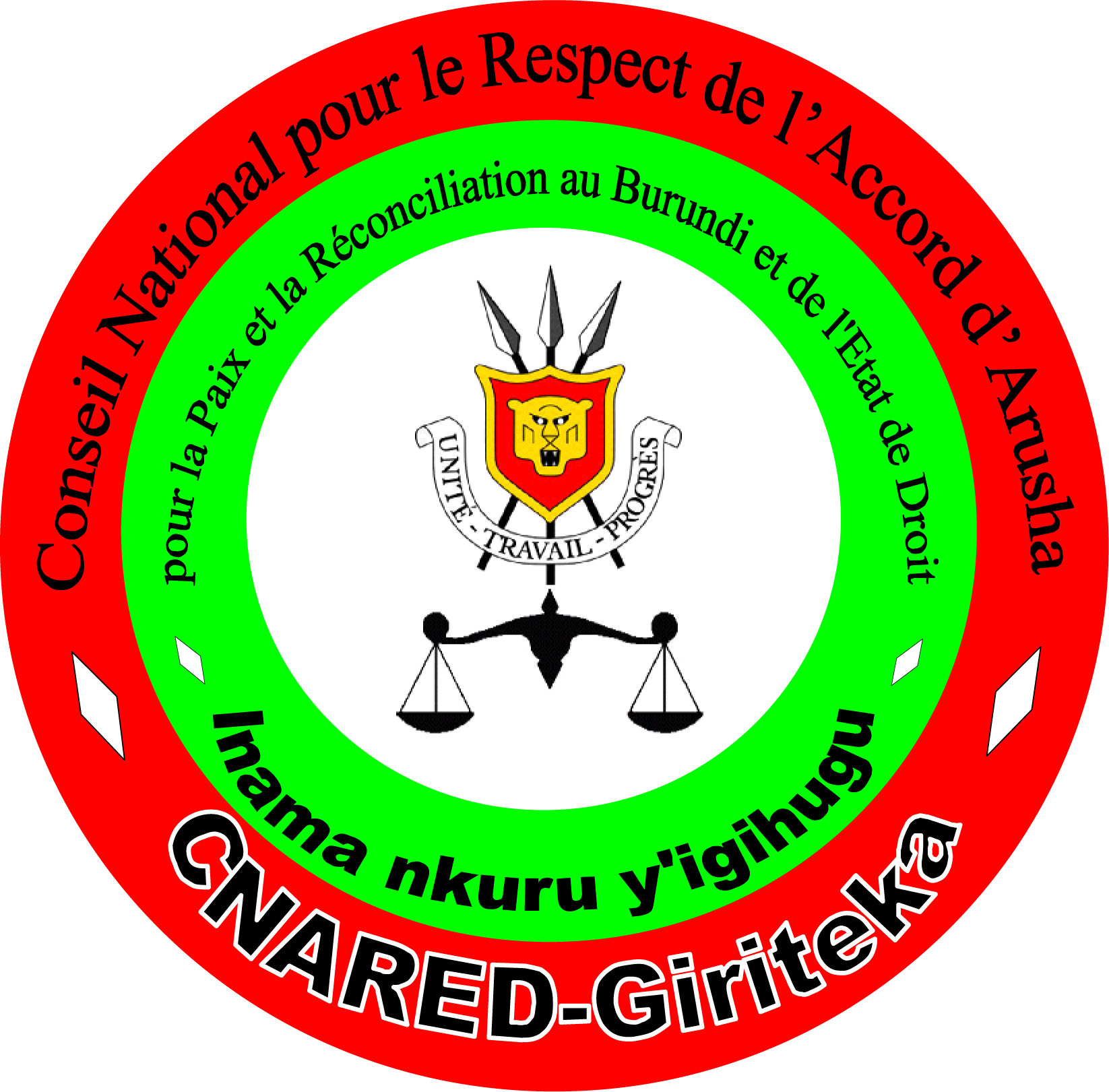 1. On April 26, 2017, we celebrate a very sad anniversary: We remember thousands of Burundians who died because they dared protesting peacefully, hands up and unarmed, against the Mr Pierre Nkurunziza’s 3rd term; therefore violating the Arusha Agreement and the Constitution. That day marked the fall of Burundi into a bloody political crisis characterised by serious human rights violations committed by the security forces and Imbonerakure militia which operates under the protection of Burundi Government.

2. Two years later, the result of the repression is horrible: more than 2,000 were killed, more than 8,000 political prisoners, thousands of missing people, thousands more have been tortured, several thousand women have been victims of sexual violence, over 500,000 exiled, etc.

3. The CNARED-GIRITEKA unreservedly condemns the efforts of the Burundi Government to criminalize and ”ethnicize” the peaceful and multi-ethnic demonstrations that took place two years ago.

4. The CNARED GIRITEKA pays tribute to all the innocent victims and especially the youth in its political-ethnic diversity that paid and still pays a high cost for having taken the initiative to protest against this constitutional coup. It also commends the courage and determination of Burundi women who marched and were the first to reach town, taking risks while access to the city was blocked. We express our deep gratitude to all our compatriots, wherever they are, who have given their mind, body and soul to protest and expressed their anger all over the world and who succeeded to alert the international opinion as the country was falling in the ongoing crisis.

5. The CNARED GIRITEKA protests against the instrumentation policy that Mr. Nkurunziza has made of the bloody tragedies that Burundi has known, particularly that of 1972. This is a mere and gross manipulation of history and collective memory.

6. In wanting to erect a monument in the memory of the Hutu ethnic group only, the Nkurunziza regime violates the Arusha Agreement, which in its First Protocol provides consensual mechanisms to know the truth about these tragedies, to qualify them, establish responsibilities, judge and punish those found guilty.

7. The Arusha Agreement also provided for the erection of a national monument in memory of all the victims of genocide, war crimes and crimes against humanity and the establishment of a National Day of Remembrance for all these victims.

8. The CNARED-GIRITEKA believes the memory for the victims of past tragedies that Mr. Nkurunziza wants to maintain is far from reflecting a desire of compassion and resettlement of their dignity, it rather hides his intention to exempt the abominable crimes he is committing today. These being committed now neither compensate those of the past nor erase responsibility for r those of tomorrow.

9. The CNARED-GIRITEKA takes the opportunity of the commemoration of this painful 26th April anniversary to ask the Heads of State of the sub-region who will soon meet to specifically address the Burundian crisis and find solutions to the stubbornness of the power of Bujumbura that refuses any path to negotiations. More explicitly if Mr. Nkurunziza persists in his refusal, CNARED-GIRITEKA demands that economic and arms embargo be imposed as well as drastic restrictions on the movement for all those who would oppose inclusive negotiations. Only the later would allow restauration of peace and security.

10. The CNARED – GIRITEKA reaffirms its availability and commitment to contribute actively to the search for a negotiated political solution to restore peace, security for all and the restoration of the rule of law and democracy in Burundi.

11. The CNARED – GIRITEKA calls on all actors and population to remain united and serene, through inter-ethnic and civic resistance, while they face the dictatorial drift of Mr. Pierre Nkurunziza regime.

12. The CNARED-GIRITEKA once again expresses its sympathy to all the victims of the murderous and barbaric power of Bujumbura. The Council is determined to work in order for Burundi to recover peace and stability.